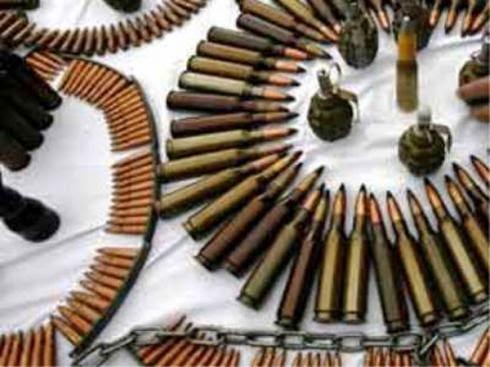 The apprehension of Bengal administration over massive stockpiles of illegal arms and ammunitions under the sway of Islamists across the state had been learnt through sources months back and hence, what has been found in the district of Bardhaman of late fails to evoke any wonder. The operation has been a success undoubtedly; but it’s just the tip of an iceberg. In the last 48 hours almost, police literally combed the entire district of Bardhaman and its first breakthrough was Anisur Rahman. He was caught red-handed with an illegal firearm by the team of Ausgram police station from the Bhedia market area in the night on Saturday. According to police, Anisur Rahman is an inhabitant of the village of Panua within the jurisdiction of the police station of Bhatar.

On the other hand, Memari police station’s team arrested two youths, Amal Bag and Prashanta Murmu, with firearms from GT Road at Debipur. They do live in Radhakantapur and Maheshdanga Camp Area within Memari police station’s jurisdiction respectively. They were coming from Pandua on a motorbike but to evade the police at the crossway they tried to go back. A police jeep chased them and after great efforts, both of them were taken hold of. Two pipeguns with one round of bullets in each were found from them. The motorbike was also seized. Team of Bardhaman police station achieved a success when they arrested Makhan Sheikh, a dreaded criminal living in Mehedibagan within Bardhaman police station’s jurisdiction. He was arrested from Sadarghat at Bardhaman – Arambag Road and the information divulged to police by him is enough to send a shudder to the spine. Makhan Sheikh was instructed by his taskmasters to import arms and ammunitions from the area of Banati in Raina to create a reign of terror during the impending Lok Sabha election and if necessary, to disrupt the electoral process as well. Police team of Bhatar police station arrested Birbahadur Gurung with firearms from Badshahi Road on Saturday night. Birbahadur lives in Amarun market area and was arrested near Narza Bridge.

Sheikh Khokan and Lokbahadur Lama were arrested at the National Highway close to Kurmun-Chandanpur Bridge by a team of Galsi police station while patrolling. Both of them were riding a motorbike fast. The vehicle’s speed in the dead of night made the police team skeptical; it was chased and caught near the Bridge. One pipegun and a sharp knife were seized from them. During the interrogation, they told that they had been bringing weapons from the industrial area. While Sheikh Khokan inhabits the village of Bijra within Memari police station’s jurisdiction, Lokbahadur Lama lives in agriculture farm area in Bardhaman police station’s jurisdiction. Police team of Ketugram police station, after several attempts, has arrested Shahid Dafadar red-handed with two firearms and 18 rounds of bullets. Shahid lives in the village of Bamundi within Ketugram police station’ jurisdiction in the district of Bardhaman and was being hounded for his involvement in lots of cases including murder, robbery and making various hoards of illegal arms and ammunitions.  According to police reports, 392 illegal weapons, 686 rounds of ammunition and 1,882 bombs have been seized in the state till now. 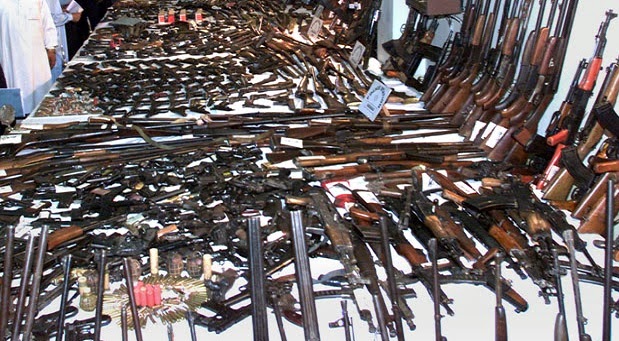 Even after all these, the state administration can’t heave a sigh of relief and the reason behind this is simple. Storageof illegal weapons is soaring in Bengal and it is no more dependent on centres like Begusarai, Motihari and certainly Munger for persistent supply. Arms smuggling through porous India-Bangladesh international border at the behest of global Jihadi network has replaced the earlier networks and participation of local Islamists enjoying the silent support of secular politics in strength has made the situation more precarious. If all these are used together, the havoc may eclipse the mayhem due to 1993 Bombay bombings.