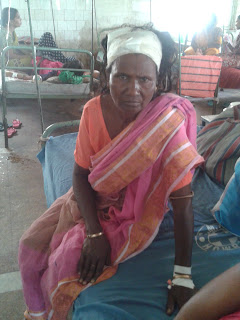 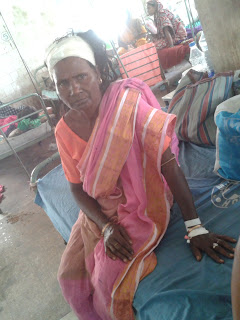 There is virtually no security of Hindus in Bengal now and thanks to a doomed administration, engaged in appeasing Muslim radicals round the clock, this saga of misfortune is extending far and wide.

What has taken place at Gunintala, No. 1 Haturia, P.S. Bagnan, Subdivision: Bagnan, District: Howrah on March 31, 2013, reveals this ground reality on the whole.

An age-old Hindu (150 years at least) crematorium does exist in Gunintala; the entire property is divided into four parts namely 36 shatak, 28 shatak, 27 shatak and 80 shatak. But the same cremation chamber, used by innocent Hindus in the locality, has become the latest target of Islamists. They are hell-bent to grab the area and replace the chamber with a grand Idgah.

This development came in the front about 7 moths ago when local Islamists were heard to state that the cremation chamber was nothing save a stretch of land belonging to Khana Khada Idgah.

Nevertheless, Hindus continued to use the crematorium and even if Muslim boys were seen to rag them, they remained steadfast. The situation remained thus till March 31, 2013.

On March 31, 2013, Hindus of village: Gunintala went to the ground at 10 am for cremation when they perceived with horror a notice of SDPO stuck on the door of Kali temple (in the same premises) stating that any dead body must be cremated beyond the range of 100 metres from the mosque. Hindus got stupefied but concluded that any retreat would be dangerous for Hindus on the whole and might dampen their spirits to struggle as well. Worship in the Kali temple might also come to an end. Hence, being defiant, Hindus cremated the corpse.

All of a sudden, when the cremation was unabated, a few Islamists appeared there and started abusing Hindus. Apprehending chances of any such confrontation, police arrived there quickly and to defuse the tension asked Naba Ojha, Srimanta Ojha and a few other Hindu individuals to participate in a meting at the police station.

Following the cremation, Hindus were returning through Sheikhpara when almost 200 Islamists attacked them all at once. Muslim radicals were having both rural and lethal weapons; Hindus, as a result, were thrashed mercilessly. But police escorting Hindus remained silent.

Later on, Muslims attacked a (neighboring) Hindu Scheduled Caste village; a good number of Hindu houses were ransacked, Hindus were beaten hollow as well. A Hindu housewife, wife of Kanai Malik, was also wounded and she is at Uluberia Subdivision Hospital in a critical condition now. Ajit Mailk, another Hindu individual, was also injured extremely.

To foil any further violent attempts of Muslim radicals, a few Hindus including Naba Ojha, Srimanta Ojha went to P.S. Bagnan to lodge a FIR. But contrary to their expectations, all these innocent Hindus were arrested once they entered the police station. Hindus burst into protest and gheraoed the police station for hours.