April 09, 2013
Kolkata has changed incredibly by now and definitely for the worse. From the turbulent 60s and 70s when a considerable section of city’s youth dreamt of radical social changes and had untimely deaths (as a result) it has turned out to be a haven for Muslim radicals where they can proudly ascertain their supports for Islamists in Bangladesh, censured severely there for their anti-humanity crimes during protracted freedom struggle in 1971 and have already been convicted.

But all these didn’t deter Muslim radicals in Bengal and their muscle-flexing politics surfaced on March 30, 2013 when an assortment of Muslim groups including All Bengal Minority Council, All Bengal Minority Youth Federation Madrassa Students Union, Muslim Think Tank and All Bengal Imam Muazzin Association organized a rally to pledge their support for the anti-Shahbag struggle or simply Razakars, having hands stained with blood of millions of Hindus – victims of myriad genocides masterminded by them on the whole.

There was no such expectation (rally would be canceled) from them as well and as part of their natural disposition, Islamists in Kolkata went on with their program to express amity to Delwar Hossain Sayeede, his compatriots and votaries. While slogans like “Islam in Danger in Bangladesh” were heard, oaths that no Shahbag supporter would be allowed to inhabit this soil of India, they would be “beaten with broom-sticks” and with all other possible means also barked highly. The solemn promise that Sheikh Hasina like Salman Rushdie and Taslima Nasrin would not be allowed into Bengal was also cheered by the gathering exhibiting once more that Kolkata has virtually changed – from the metropolis of revolutionaries it has turned into a harbor of Muslim radicals, with studied planning to inflict more damages on Hindus by and large.

What both confounded and irked people in Kolkata was the muteness of the party in government (TMC) and its premier opposition (CPM), refusing to miss any chance ever to chew out Hindutva brigade. The essentiality of Muslim votes made them act such – it is a well-known stratagem and doesn’t need any explanation. The perennial Hindu lamentation that such political parties should not raise a hue and cry whenever Hindus react to Islamic repressions on them, hence, anymore is ineffectual.

What these parties fail to ascertain is that Bengal is also changing fast and Hindus are regaining their consciousness; outcome of it is also being felt at many places in the state. And this assembly has fueled the same and mounting confrontation only.

Are Hindus also silent? They, taking fast developments into consideration it can be presumed, are awaiting the day when the words of Mohammed Ali Jinnah spoken during his presidential speech at the Muslim League convention on July 19, 1946, “ This day we bid goodbye to constitutional methods…. Now the time has come for the Muslim Nation to resort to direct action. I am not prepared to discuss ethics. We have a pistol and are in a position to use it," will be heard again.

Pro-Razakaar assembly in Kolkata and failure of governance to contain it affronting Hindus decidedly is pushing Bengal to a perilous future – a day when war of words will be replaced by war in streets.

You Can Also Go Through: 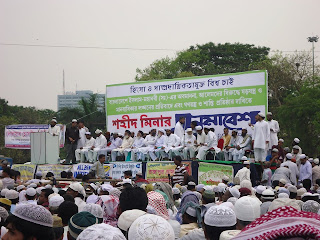 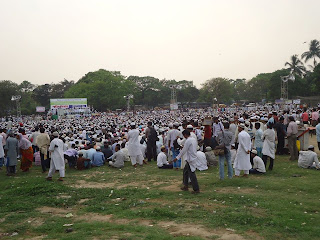 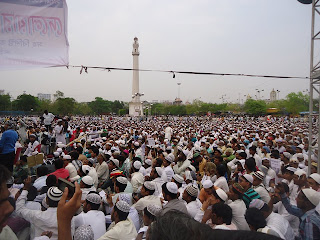 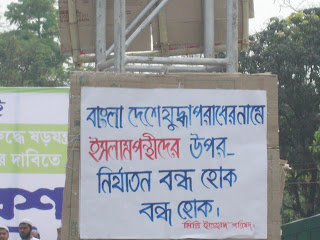 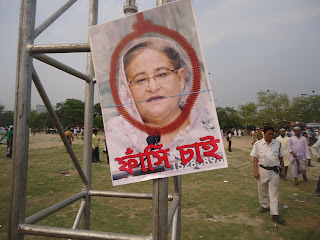