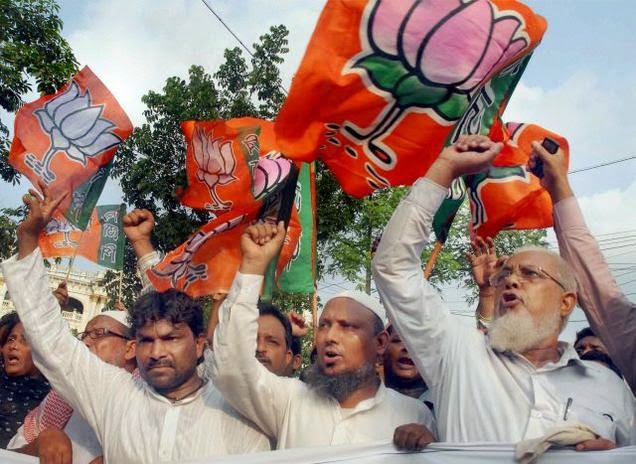 Despite having its own minority outfit, BJP, at the moment, is depending more on Muslim Rashtriya Manch, initiated by Shri Indresh Kumar or Marg Darshak (mentor) in 2002 with the blessings of KS Sudarshan, then RSS supremo, to fortify  its influence among the Muslim community in Bengal. Even if people are already seen to frown on such weird initiatives of the Saffron party, denoted to be the paradigm of Hindu Nationalism to all, there is end to this newest saga apparently as people from all walks of life are yearning to join the party fast. Nevertheless, the desire to extend the nationalist tentacles among Muslims in Bengal is being felt most and this has been propelled by a single fact. As per a section of press and media, winning a considerable section of the minority community in the state may enliven BJP’s chances to turn into a principal party in the state fast.

With this end in view, Muslim Rashtriya Manch has been found to opt for more programs in the districts of Nadia, Coochbehar and North 24 Paraganas, known to be strongholds of minority Muslim community. No less than 1200 people living in the village of Pakshi (adjacent to the India-Bangladesh international border) within Block Karimpur 1 in the district of Nadia has joined Bharatiya Janata Party. Muslim individuals comprise the majority of this group. But when asked it was learnt that avoiding the mounting tortures of local Trinamool Congress cadres compelled them to switch over to the Saffron clique. The same trend has been found in other districts including North 24 Paraganas. Large numbers of people including Muslims joined BJP from CPIM of late.  When asked, Saffron leaders confided that no discrimination between Indians would be tolerated and as a result, all people are being invited to have the flavor true nationalism. Muslim Rashtriya Manch, ever since its formation, has been dedicated to this job and has attained stunning successes in many parts of the country. On the word of Mohammed Afzal, national convener of Muslim Rashtriya Manch, the outfit is working with vigor among 672 districts in 26 states across India and the outfit exists in almost 300 districts. 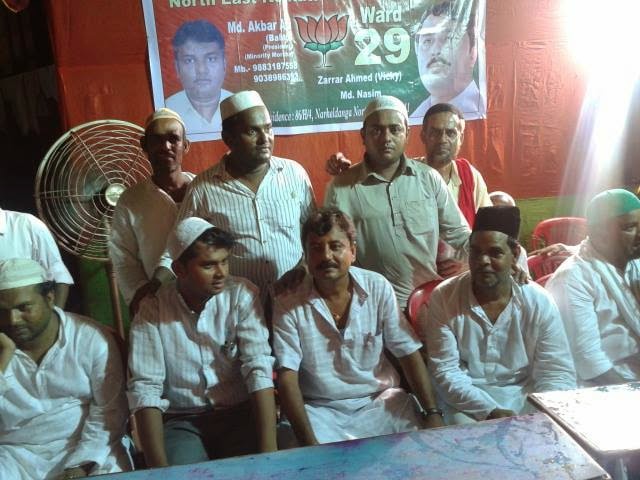 Will this experiment be successful in Bengal too? It can’t be told now but definitely Muslims are joining the state unit of Bharatiya Janata Party in strength. And how the party’s state leadership is desirous to have this new force’s support emerged with its valorous approaches with the murder of Sheikh Rahim, a daily wage-earner in Birbhum district. Not only the party had sent off its state-level teams to probe the killing, it was also announced there that the party’s minority cell members would visit there again demanding justice against the heinous crime. A large rally was also organized in central Kolkata to protest this killing.

Are Hindus being shrugged off more and more? To many, it seems so as the core Hindu issues like illegal infiltration of Bangladeshi infiltrators, rendering “Refugee” status to persecuted Hindus from Bangladesh in India remain unheard yet. Even if such pledges were made with honesty (in fact), nothing of that sort is being heard now. Hindus have already been heard to state that by taking Hindu votes for granted, BJP is repeating the historic blunders made by Lefts lately. The voting power of Hindus in Bengal is enough to change the guard yet. Islamists are also joining the Saffron party through the open call; Hindu plights will go on as usual.

ppppp said…
There are many "Jataka"/Panchatantra tales how unexpected turns take place..Going by the past instances/history we need to exercise some caution.. These are some good souls but never know how long...
June 15, 2014 at 7:02 AM