Kamduni writhes in pain after one year still 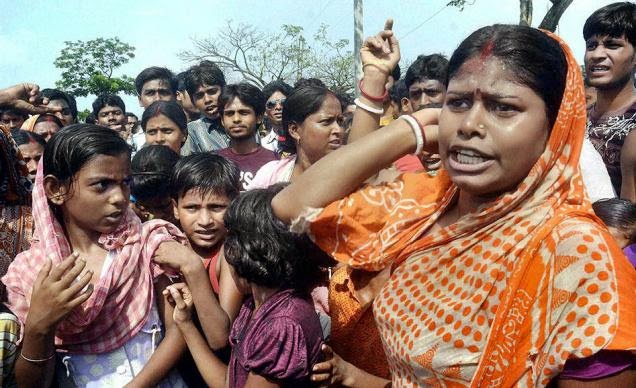 With June 7, 2014, the horrendous gang rape and murder of Shipra Ghosh, daughter of Sukumar Ghosh and a student of BA (2nd year) at Baguiati Derozio College, at infamous Kamduni gets a year older. On the same day – June 6, 2013, the hapless girl, while returning from Lake Town College after examination, was abducted midway, gang raped and murdered by a group of radical Muslims in her own village of Kamduni, within the jurisdiction of Barasat police station (then) and the district of North 24 Paraganas. Shipra, according to her parents and also neighbors, was docile and used to find solace in books only.  But she turned out to be the most unfortunate dupe to lust of a group of Islamists who pounced down on her all of a sudden. 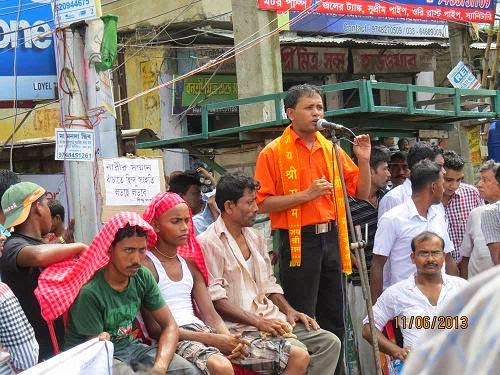 Reiteration of the gruesome episode pains this scribe but since it’s necessary to narrate the wounded human psyche, the gist is being rendered here once again. Reports do confirm that Shipra was bypassing the spot at 2.30 pm when Islamists including Ansar Ali, Enamul and Rezzaq were consuming alcohol. In a blink of an eye the innocent girl was clutched by the ruffians, taken to the nearby Narkelbagan (a large vacant space enclosed by brick walls on all sides); she was raped there repeatedly and was also murdered. Later on, the dead body was thrown to the dam close at hand and the murderers left. 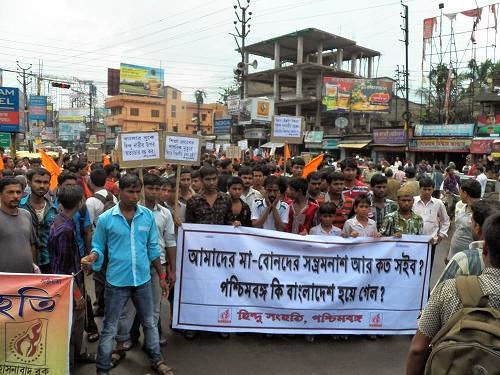 The corpse was identified in the same evening by her anxious brothers, parents and also neighbors setting off a huge commotion among locals. Initially, outsiders to the village were held accountable for the tragedy and the berserk mob, as a result, unleashed a spate of destruction. The sloppy approaches of local police stations enraged the mob more. The corpse was grasped by the police; subsequent investigations also found out the culprits that led to a furor across Bengal over the security of women in the state. The tragedy also hit national headlines inviting the wrath of human rights organizations and particularly of Hindu Samhati. Activists of Hindu Samhati on June 11 conducted a fiery protest, road blockade along with the victim’s brother intensifying the dissent further. Albeit citizens burst into protests, the administration remained silent and made efforts to calm the agitating parents, brothers down. Efforts to bribe them even went on secretively. The visit of Mamata Banerjee, Bengal’s Chief Minister, after 10 days of the incident, to the ill-fated family’s residence increased troubles more as she ran into a heated argument with the women protesters. Now, after one year, everything in the area remains same while the economic affluence can be found in the victim’s family thanks to government’s blessings. Women in the area remain scared still, no new lamppost has been introduced to succor them. While a police camp has been put up in Shipra’s ancestral village, Barasat police has been divided into four newer police stations and Kamduni has been transferred to the Rajrahat police station’s jurisdiction at the command of Bidhannagar Police Commissionerate, justice for Shipra remains a dream still due to legal complications. Now, the judicial process is going on in Bankshall Court, Kolkata. However, villagers in Kamduni refuse to draw back and are banking on Shri Narendra Modi, Hon’ble Prime Minister of India, for justice.