The Hindu Pledge Of Hindu Samhati

1. We Will Resist and Neutralize Any Attempt To Uproot Hindus From Their Homeland.
2. We Will Protest And Counter Any Act of Injustice, Persecution Or Insult On Hindus.
3. We will Protect The Honor Of Our Mothers And Sisters (Hindu Women) With Our Lives.

4. We will Resist & Stop Conversion Of Hindu Women Out Of Our Religion.
5. We will guard and protect Hindu temples, icons, deities, and religious celebrations against desecration and destruction with our lives.

6. We will not let the Hindu population diminish.
7. We will not tolerate Muslim infiltration from Bangladesh.

8. That all Hindus are equal by birth. 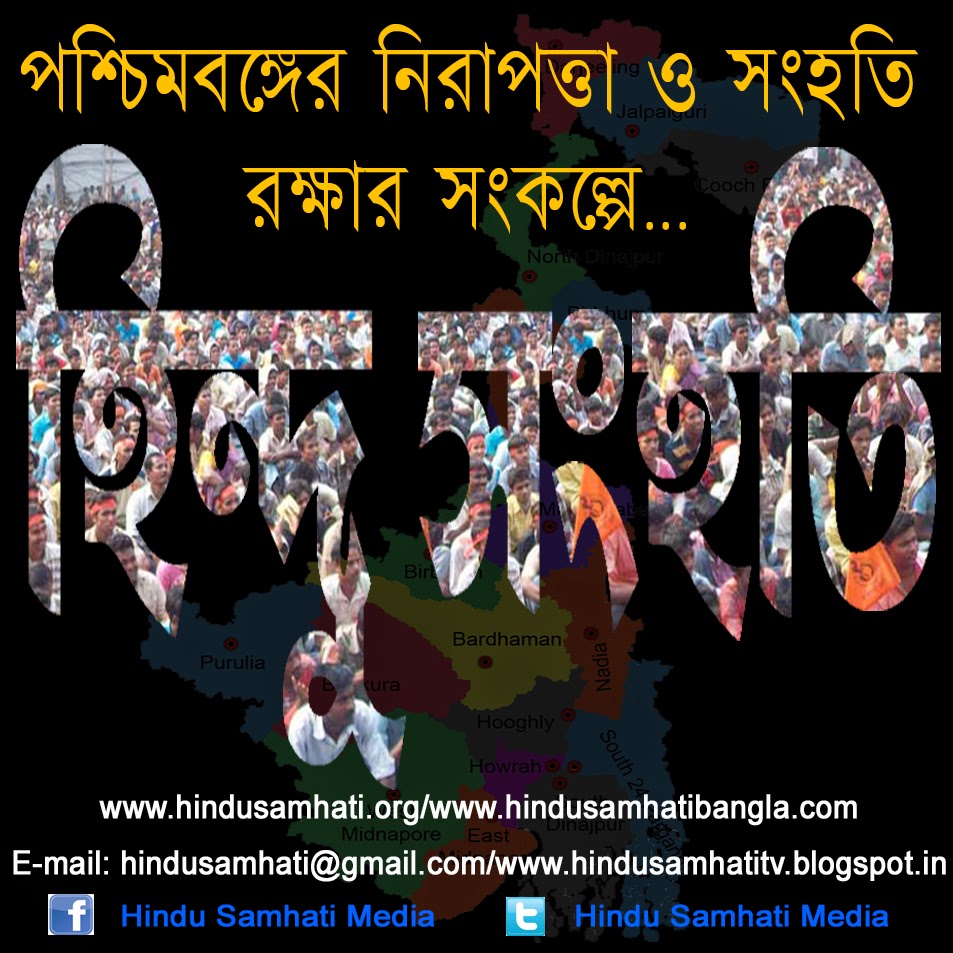