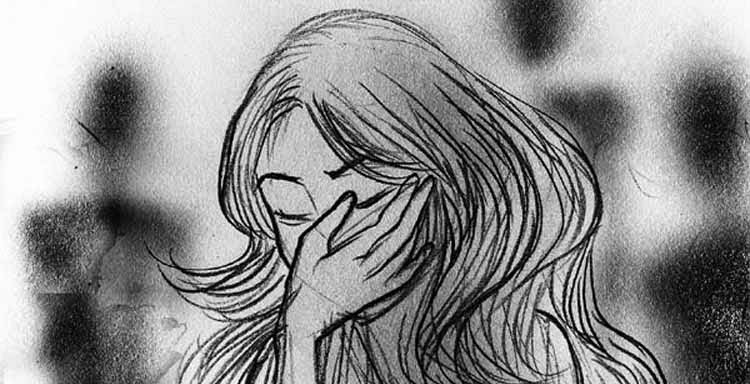 People living in Bodo Atiarbari at Dinhata, headquarters of Dinhata subdivision and also a municipality in the Cooch Behar district of Bengal, are fuming in anger over the inability of police personnel of Dinhata police station to get hold of Abul Mian still. Abul Miman tried to rape Gita (name changed), a 9-year old girl, on June 17 or Tuesday when she was in her house in the area all alone. As per the official complaint or FIR lodged by Gita’s mother on the same day, she had to go outside for a job leaving little Gita all alone in the residence. Taking advantage of her absence, Abul Mian entered the residence stealthily and asked Gita to fetch him a glass of water. Once Gita entered the next room to bring water, Abul Mian got hold of her from behind all of a sudden, tried to shut her mouth and satisfy his own carnal desires also. Gita, to save herself, cried for help desperately. Once her voice was heard, neighbors rushed to the spot and saved Gita; making the most of this commotion, Abul Mian escaped. Even if the FIR was lodged, police has failed to take the culprit into custody and this failure has enraged locals most.

Furious locals are demanding exemplary punishment of the culprit and with each day it passes, the rage is increasing. Women are found up in arms against the lackadaisical administration. Defying the heat wave in the town, on June 18 a huge procession was brought out in the streets and joined by many people as a mark of protest to this governmental negligence. An angry demonstration was staged before the office of SDO and a few locals including Prabir Kumar Dey, Shyamal Bhowmik, Ratna Dey, Manju Bhowmik, Gita Das, Swantana Ray submitted a mass petition to the Deputy Magistrate demanding justice. People were also found to warn that severer struggle would ensue in case police failed to arrest Abul Mian. It has been learnt, police is tying best to arrest the culprit.

South Bengal is also in the same category and the hapless condition of Beena (name changed) now exemplifies this burgeoning social crisis. Beena is a student of Class XII and lives in the village of Gandhabaduli within Bishnupur no. 1 Panchayat and jurisdiction of Bishnupur police station under Alipore Sadar subdivision in South 24 Paraganas district. According to the FIR lodged by Beena in the local police station, on June 15 or Sunday, while she was returning from Adarsha Coaching Center close to her house at 7.30 pm, she was abducted, taken to Samsuddin Gazir Bagan (garden made to honor Samsuddin Gazi or a warrior for Jihad) and was raped there. Even if the main culprit of the incident or Saddam Gazi is yet to be arrested, another criminal named Babul Gazi has been taken into custody. Medical examination of the victim has already been done in the Amtala Hospital nearby but the family is under a grave fear owing to recurrent threats to withdraw the police case. However, police remains apathetic despite all these disturbances and locals allege that police has demeaned this case of gang rape due to political pressure. Beena, at the moment, doesn't know what to do and has informed police personnel that lack of justice will propel her to commit suicide.