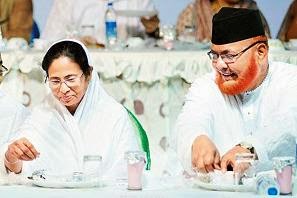 There have been multitudinous arguments for and against and also denials regarding illegal infiltration of Bangladeshis to the Indian state of Bengal down the ages but the arrest of Nur Hussain has brought the cruel truth to the fore. Bengal is the most vulnerable state before the spate of illegal infiltration and there is no immediate end to this perpetual agony owing to its porous international border with Bangladesh. Nur Hussain, convicted with the murder of 7 persons at Narayangunj in Bangladesh, was arrested along with two accomplices named Zaman and Selim from an apartment in Kaikhali, Kolkata on June 15, 2014 at 11.30 pm by the Anti-Terrorist Cell of Bidhannagar Commissionerate and a police team from Baguihati police station. However, this, as per analysts, happens to be tip of the iceberg.

It must also be mentioned, Mr. Manas Ghosh, editor of Dainik Statesman, in an article penned by him and published in the esteemed daily on January 12, 2014 had brought forth some related and graver aspects. It was stated in the article without qualms that Hasnabad along with Barasat and Basirhat have become hubs for Jamaat cadres and other Muslim terrorists from Bangladesh. Following each act of arson in Bangladesh and to get proper treatment along with protection, they take refuge in these places and in this case, they are helped by a large network of Muslim refugees from India to Bangladesh hell-bent to avenge their transportation. This network maintains rapport with several representatives of the existing ruling clique in West Bengal. And all these are taking place under the aegis of ruling Trinamool Congress. 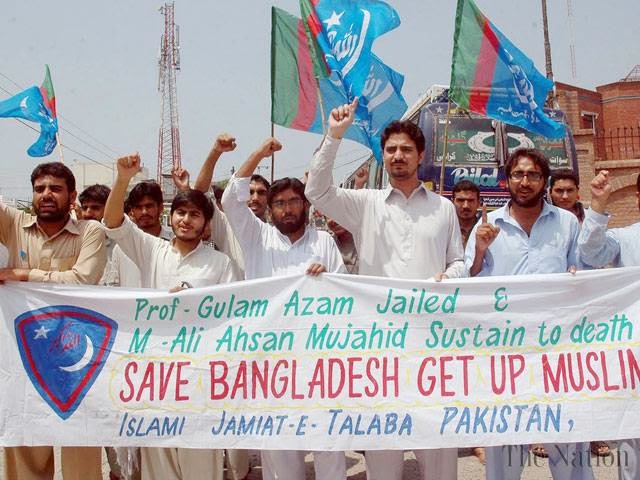 The issue is enough to bother a sane individual. But at this time such a grave accusation has been brought forward by Bharatiya Janata Party (BJP). According to its studies, Trinamool hobnobs with dreaded Jamaat-e-Islami of Bangladesh and a full-fledged report based on this has already been submitted by the Party to the Ministry of Home Affairs in New Delhi. It has been learnt, the report pins the blame on Trinamool Congress and describes in detail how Islamist forces together with smugglers, terrorists from Bangladesh and abetted by Trinamool’s activists are persecuting Hindus in the state. The entire campaign is fallout of a vicious design to alter demography in the state rapidly. Shri Rajnath Singh, Hon’ble Minister of Home Affairs, has assured to adopt pertinent measures in this context fast. 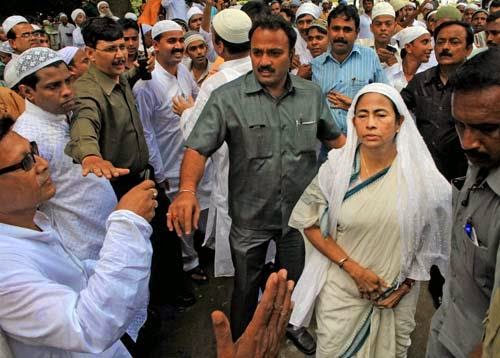 On the word of Central team of BJP that visited terrified Sandeshkhali almost two weeks back, relation between Trinamool Congress and Jamaat-e-Islami in Bangladeshi is no new development. To escape police or military investigations in areas like Satkhira, Rajshahi or Bagura in Bangladesh, Islamic terrorists including Jamaat cadres take refuge in Kolkata, its outskirts and various other places in Bengal often and local Triamool leaders succor them. These militants, in return, help the party to win Panchayat and Lok Sabha elections and it was repeated in the latest Parliamentary Election, 2014 also. As stated by BJP’s leaders, UPA Government led by Dr. Manmohan Singh was aware of it but remained silent to retain a loyal, minority vote bank. BSF, hence, was made feeble to let the conspiracy continue triumphantly. Jamaat-e-Islami is known to be a rabid pro-Pakistan and anti-India force in Bangladeshi political arena and enjoys bounteous patronage of ISI in Pakistan.

Now, with the support of Trinamool Congress these activists are engaged to spread the venom of communalism across Bengal. This hard-line outfit is also being used to check the growth of BJP in the state and hence, clashes in the state are no more political but precarious for the nation’s integrity also. This issue has also been included in the memorandum submitted to the Ministry of Home Affairs.

Unknown said…
Hindus in power and wid d desire to be in power cd go to this length, welcoming even d murderers of der kith and kin in Bangladesh and even today's WB where de have a clout is simply a common hindu's nightmare.Dese r not hindus who r at d helm of affairs be it d so called marxists or d TMC men.De r traitors in power just bcoz we choose to stay within d four walls of our houses little concerned about d plight of others,our nation.Time to wake up.
November 18, 2014 at 11:59 PM