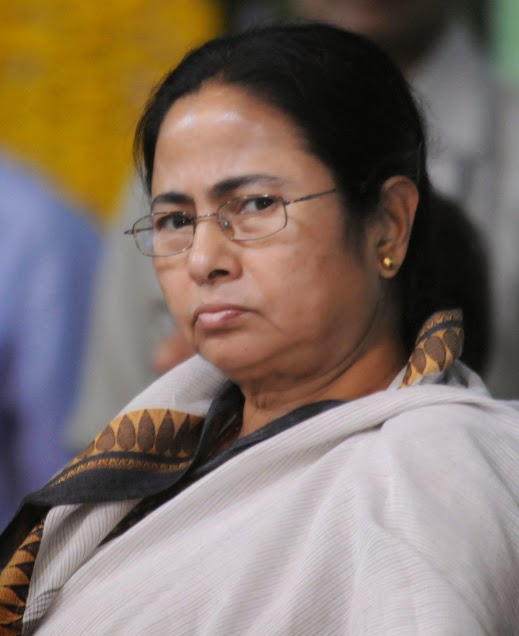 Mamata Banerjee has finally admitted the presence of illegal nationals from Bangladesh in Bengal even if it is not known yet whether she has tried to identify them as migrants or infiltrators and this leads to skepticism once more. For people elated with this admission of Trinamool supremo and terming this as her defeat to Shri Narendra Modi, present Hon’ble Prime Minister of India, it must be mentioned at the outset that a vast difference exists between a migrant and an infiltrator. While migrant is basically a traveler moving from one region or country to other seeking seasonal jobs, infiltrator is a person who adopts a position furtively for the purpose of espionage. And it is also not clear whether Bengal Chief Minister is ready to draw a line of distinction between Hindu refugees from Bangladesh and Muslim infiltrators ultimately. If political analysts in Bengal are depended on, this admission of Her is out of compulsion and certainly not of choice. To tell the truth, arrest of Nur Hussain, convicted with the murder of 7 persons at Narayangunj in Bangladesh leading to a public outcry there, along with his two associates named Zaman and Selim from an apartment in Kailhali, Kolkata, has opened a Pandora’s Box virtually. It was no more possible for her, for this reason, to remain tight-lipped on this burgeoning national disaster, abetted by indigenous forces also. And that she would have to act thus was predicted in a separate report published in this blog 6 days ago (http://www.hindusamhati.blogspot.in/2014/06/nur-hussains-arrest-manifests-illegal.html).

The acknowledgment came forth when the Hon’ble Chief Minister was in an official meeting with senior police officials in border district of North 24 Parganas, following a chain of murders of TMC leaders due to factional conflicts. She was found to state, “A murder took place inside the party office at Sodepur. The Barrackpore Bar Association president was shot. Is this a joke? What’s happening? What is the police doing? Murders are being committed by hiring assailants from Bangladesh for as little as `200.” She also told irately before all including senior TMC functionaries in the meeting, “I will not tolerate this. While the killers have to be arrested, those who are masterminding it have to be caught also.”

While talking to press and media, Tanmoy Roy Chowdhury, police chief of North 24 Parganas district, told, “Only yesterday (Friday) the CM had convened a meeting and asked us to step up the vigil along the border with Bangladesh. We have alerted all police stations on the border and officers have been directed to expand their network of sources and nurture them in the vulnerable areas.” He was also found to state “As a result, we have arrested a large number of Bangladeshis from Bongaon. We are holding a meeting with senior BSF officials to determine how such a large number could cross over (into the country) and start living here.”

The confession indeed has discomfited her and also mocked at her earlier avowals when she had rounded Shri Narendra Modi’s statements during electoral campaigns emphasizing the need to adopt stringent measures against illegal Bangladeshi nationals in India. Terming him as “Face of communal riots trying to divide Bengal on religious lines”, she said vociferously, “He does not know history or geography. All Muslims living here are Indian citizens. He is threatening to deport them. I dare him to touch anyone as a Bangladeshi.” Now the question remains where she goes from here.

As an astute politician, she is well aware of her next jobs; to find out illegal Bangladeshi nationals and adopt the theory of push back. But there is also a dilemma. Any such tough approach may worsen her loyal minority electorate and if her administration fails to demarcate between refugees and illegal infiltrators from Bangladesh into Bengal, the hue and cry will endanger her position too. Mamata Banerjee is indeed in a terrible fix.