June 02, 2014
Central Government has to save Bengal with Iron Fist 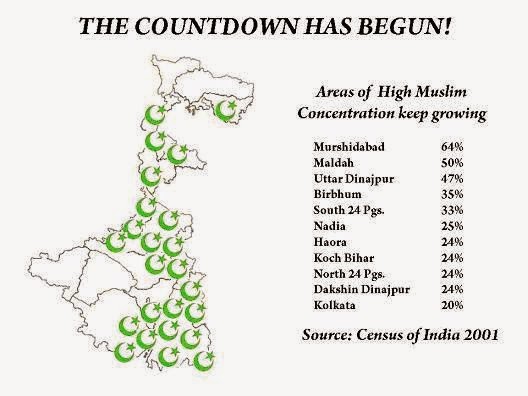 It has come to knowledge, Ministry of Home Affairs in the Indian state of Bengal, at the behest of Home Ministry of the Central Government at New Delhi, has geared up to return illegal infiltrators from the neighboring country of Bangladesh to India and accordingly, it has instructed District Magistrate of the District of North 24 Paraganas to adopt measures needful. According to fresh reports, 393 such infiltrators are stationed in the DumDum Central Jail and they will be returned soon. They will be handed over to the officials of Border Guard Bangladesh or BGB and the Deputy High Commission of Bangladesh in Kolkata has also been apprised of the same. These people, as said by sources in the ministry, entered India at different times from Jessore, Jhilaidaha, Satkhira and other districts in Bangladesh located alongside its international border with India.

Without doubt, these approaches evince the NDA government’s determination and also its urge to fulfill pledges to halt mounting infiltration as annunciated in its own electoral manifesto. However, thousands of miles have to be trodden more to save Eastern part of India, especially Bengal, from the scourge of illegal infiltration.

According to statistics of Bengal Government, no less than 2, 000 illegal infiltrators from Bangladesh are living in the reformatories at Baharampur. They had been arrested followed by incarceration for years and once their prison terms are finished, they will be returned to Bangladesh. And this will be the norm henceforth while BSF and other units bordering India-Bangladesh international border have already been ordered to adopt sterner measures to repel any urge to infiltrate India. What the Central Government has done thus far is an out and out democratic approach abiding by existing international legislation. What’s of those inhabiting India for years already? The question is indeed vital as millions of illegal infiltrators are already here. They have been instrumental in changing local demography highly and by now, a considerable section of them is already on the move across different states in India. 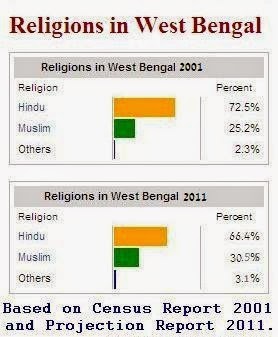 It has got to be accepted that the India-Bangladesh international border has remained bereft of Central Government’s attention for decades and thanks to this sluggishness and sloppy approaches, the entire area has turned into a bane. And the whole of Eastern India, especially Bengal, has turned into a casualty gradually. This apathy has been fortified by the vile intention of a debased political tradition to retain power by forming a pet vote bank through illegal infiltrators from Bangladesh.

This debasement commenced by the Lefts in the early 1980s has grown to be a huge mass of people or vote bank having enough capacity to influence and also alter Bengal’s political scenario fairly. No political party including Trinamool Congress or its mighty supremo can dare to upset it risking own political fundament. 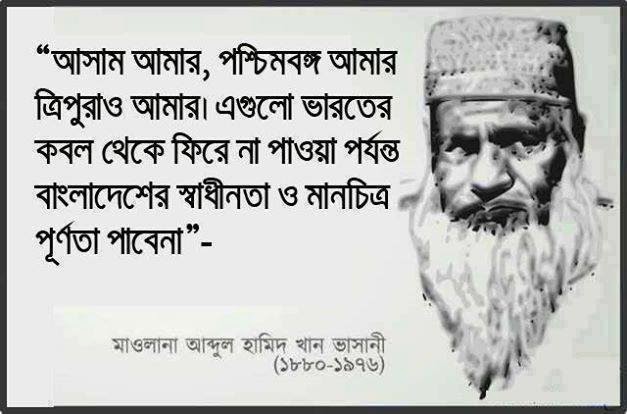 If the Central Government is steadfast to quash this nemesis or national crisis in every capacity, it shall have to bust the local rackets involved in bringing illegal Muslim infiltrators at all times. To tell the truth, commonality in languages and other attributes, graces of local leaders expressed through rendering infiltrators by Voter Cards or Ration Cards fast, makes it almost impossible to detect infiltrators. But, success can be gained still if iron fist is used to solve the crisis.