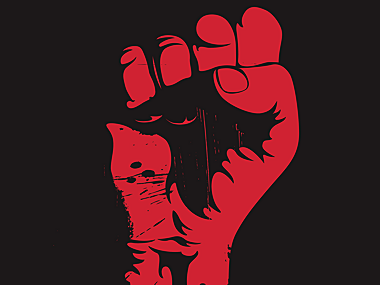 The village of Santoshpur within the jurisdiction of Jangipara police station in the district of Hooghly is affected by another communal conflagration and it has stemmed from the same Islamic burial ground or the bone of contention between Hindus and Muslims in the locale for years. The problem started of late when local police and administration was found to be support one community blatantly over the same contentious issue making Hindus in the area burst into protest. A large contingent of police has already been deployed to get over any further deterioration of law and order.

It is worthwhile to mention, a vested land consisting of a pond also and located beside Jangipara Main Road (Root-31) was changed to an Islamic burial ground (forcibly) a few years back. Terming any such construction as precarious to the existence of Hindus in the village of Jangipara, locals stopped the construction and after a few years, thanks to relentless struggles of Hindus, the proposal was withdrawn by local Muslims. Now, Islamists, exploiting the pro-minority or pro-Muslim outlook of reigning Trinamool Congress government in Bengal, are back with their old agenda. Even if Hindus are trying best to stall the program once more, they have not been able to take on the overwhelming administration yet.

On June 19, when the cemetery’s managing committee was found to stage their demands, Hindus rose to the occasion and burst into vigorous protests. When efforts to push back the vibrant Hindu crowd occurred, the police force was also charged in return leading to a face to face confrontation. Hindus were united under the leadership of Raghu Patra and Debraj Soren, two Hindu individuals living in the vicinity. When both administration and Islamic cemetery’s managing committee found it impossible to inhibit Hindus, they opted for a truce and accepted demands of Hindus. It has been decided, a strip of land worth 1.5 ft. road will be between the metallic road and burial chamber.

Santoshpur in Jangipara has never been alien to such tensions. People may recollect that only on May 15, 2012 Hindus in this village were assailed mercilessly by Islamists and Hindu women became their early targets. It was the day of Raksha Kali Puja; Hindus formed a musical procession to fetch holy water of River Ganges for the Puja. The procession was guarded by around 50 police personnel. At 6 pm, the procession was stopped by police, as ordered by SDO, to let the namaz (being performed at the Santoshpur mosque) remain undisturbed. The decision enraged Hindus and they blocked the main thoroughfare as a mark of protest.

The religious procession started at 6.40 pm but once it reached Santosphur crossway, no less than 100 Islamists led by Sahabuddin Mallik, Samsuddin Mallik and Rezwan Ali attacked Hindus. Hindu women became worst victims and once Hindus started fiery resistance, police stopped Islamists and dispersed the gang. Clashes or even verbal spats between the two communities have been going on strongly ever since then.